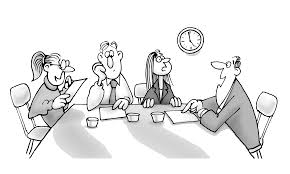 President’s report:  Doug Chapman talked about the USTANE by-laws review, budget needs, planning and forecast with a goal of increasing accountability and responsibility.

Adult League  report:  Charlie announced that there were more USTA teams playing in the summer Adult League but fewer players.

1)  Junior Team Tennis in RI:  local leagues structured like the winter season – 4 singles and 2 doubles, non-gendered beginning the 3rd week of June.  Meeting with Jon Kostek (our Youth Play Manager), Nestor, Mo, Courtney Smith, and possibly Brian Steere to see if there is any interest in an Advancing League (Boys Singles, Boys Doubles, Girls Singles, Girls Doubles, and one court of mixed).  State Tournament to be held on August 11 and Sectionals on August 14-15 in Western MA.   Team Challenges and Team Tournaments count as JTT for funding and grant purposes.  Newport, RI is running several and we will be running a couple at the HoF Tournament.

2)  Professional Tennis Management Degree (Master’s Degree) Program will start this summer at Bridgewater State – we are looking for anyone that is interested in Higher Ed to apply.

3)  Adult Learn to Play Pilot is in full swing.  We will be applying for funding from the NE Board through the ‘Spending Rule’ to help support the finances of the pilot.

Tennis HOF report:  Ryan announced that the HOF grass courts are open and the bubble is coming down for the summer season.

CTA/NJTL report:  Courtney Smith reported that she is taking over the Central Falls program.

RI-Women in Tennis report:  Tournament is this Sunday, May 19 at Bryant University from 1 – 5pm.  There will be a total of 25 high school age girls.

High School Tennis report:  The main draw for the high school boys tennis tournament is scheduled for the upcoming weekend at Slater Park.

RI Tennis Scholarship Foundation:  Applications are still being accepted for Board members for the foundation.

Hall of Fame Tournament tickets:  Board tickets will either be for USTA Day (Tuesday), Wednesday or Thursday.

The 2019 recipients for the awards are:  Mark Kuhar and Julia Pezzuco.

CD Rollover:  Paul Brazenor made a motion to reinvest the entire amount of the CD in the 25 month CD; Mo Raissi seconded.  Passed unanimously.

Conflict of Interest:  Needs to be provided at the next meeting.

Hall of Fame meeting:  The meeting is scheduled for Sunday, August 18.  Time needs to be determined.

Public Input:  Shawna Fors from Lesley College was selected to be the new  Player Development Manager for New England reporting to Matt Olsen.